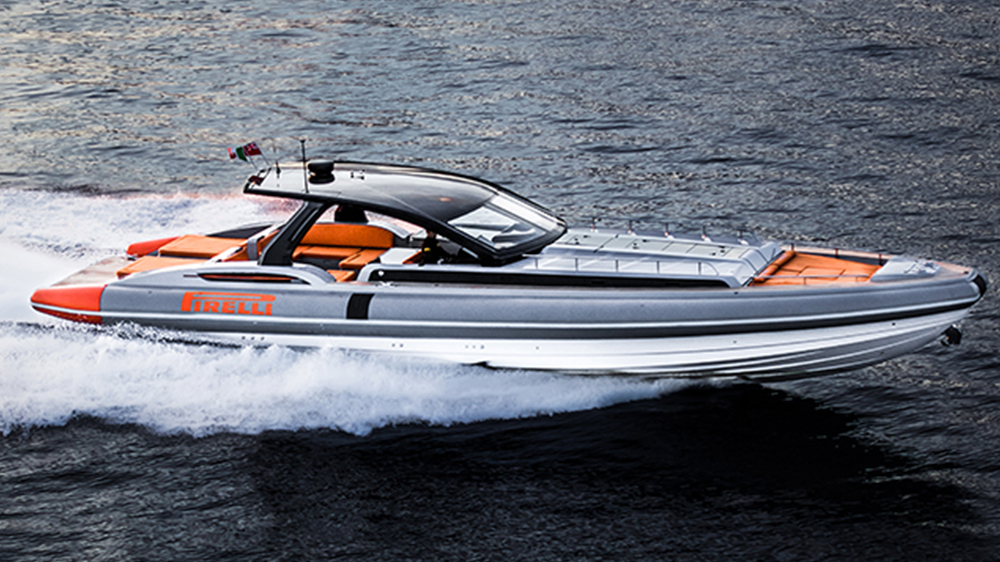 The collaboration between Pirelli and Tecnorib has been going on for over ten years. Its purpose is to develop and distribute under license modern and original rubber dinghies. No doubt it is a happy marriage, and proof of it is the work done so far. Specifically proofs of it are the four models of rubber dinghies which will be displayed this year at the Cannes Yachting Festival, the most important European exposition dedicated to the world of boats. Moored in the bay of the French town, just in the same water the greatest producers in the world are bringing their latest innovations, there will be PIRELLI 800, PIRELLI 1100 and PIRELLI 1400, result of the two companies’ joint effort in the last years. But the special guest is certainly PIRELLI 1900, which makes its official debut right there, in Cannes. The latest addition when it comes to elegance and performance.

The team of designers (Mannerfelt Design Team) hired by Tecnorib to work on the project has already had experience in the creation of speedboats. The new challenge launched by Pirelli was to transfer in the dinghy 1900 the same competitive spirit of its tyres used on the most important race circuits in the world, but to have at the same time a beautiful and luxury object to be included in its range. The result is the biggest dinghy of the Tecnorib fleet of all time, another goal adding to the projects developed inside the Pirelli Designincubator, whose products, born in collaboration with top quality partners, share a strong innovation component and research in style.